Abstract: According to an US study1 about a third of Covid-19 positive patients had gastrointestinal symptoms.
These symptoms include diarrhea, nausea and vomiting, are an important feature of the disease, and suggested also a possible fecal-oral transmission of the virus that needs attention.
A systematic review with meta-analysis2 of 60 studies, comprising 4243 patients, have already showed a pooled prevalence of all gastrointestinal symptoms of 17.6%. The pooled prevalence of stool samples that were positive for virus RNA was 48.1%, and 70.3% of hose collected after loss of virus from respiratory specimens tested positive for RNA virus2, though this does not mean that the viral RNA was still infectious.
Other Authors speculate on a potential fecal–oral transmission3,4. However, a laboratory study5 showed that SARS-CoV-2 virus can enter into enterocytes, but that viruses released into the intestinal lumen were inactivated by (simulated) human colonic fluid, and infectious virus was not recovered from the stool specimens of COVID-19 patients.
According to current evidence, COVID-19 virus is primarily transmitted through respiratory droplets and contact routes6. The latter can imply also the contact with contaminated surfaces. An article published in the NEJM7 analyzed the SARS-CoV-2 resistance on certain surfaces, confirming that the virus is quite stable on surfaces like stainless steel, being detected up to 48-72 hours after application.

A Research Letter8 reported a cluster-spreading event in which a patient with SARS-CoV-2 may have transmitted the virus to 8 other healthy individuals via bathing in a public bath center. There was a lack of detail regarding the transmission routes of the patients in the bath center, and it may be possible that some individuals have been infected by touching common surfaces contaminated by the SARS-CoV-2 positive patient, such as the taps in the bathrooms.
The taps can be underestimated critical points in the transmission chain of the infection. Indeed, by turning the knob, everyone deposits germs on it, especially after coughing on his own hands, sneezing and/or blowing the nose in a tissue, or cleaning with toilet paper, also if stool/anal swabs were not an additional source of viable SARS-CoV-25. After washing hands with soap, closing the knob the germs are taked back. Every follower paradoxically collects them on hands and fingers by implementing a “preventive” measure, maybe before bringing food into the mouth or changing contact lenses.
The CDC and the Italian Superior Institute of Health recommend to clean and disinfect high touch surfaces9. but it is unrealistic (and inefficient) to do so after each tap use. As an alternative to knob taps, new toilets should install long elbow-levers, or at least short levers, and people should be educated to close them with the forearm or the cut of the hand. This is a standard measure in hospitals, but it is particularly important also in high-risk communities, such as retirement homes and prisons. It can be also important in schools; indeed, children may be less susceptible to infection, but a China study found that infection rates in children were comparable with or slightly higher than in younger adults (aged 30-49 years), although significantly lower than in older adults10, who can subsequently be infected by the children themselves. Moreover, a Cochrane review11 showed that highest quality cluster-RCTs suggest respiratory virus spread can be prevented by hygienic measures such as handwashing, especially around younger children.
The replacing of knob taps can be also useful in workplaces, and even in families, contributing to the prevention not only of fecal-oral infections, but also of respiratory infections.
Meantime, the people should be educated to close existing knobs with disposable paper towel wipes, or with toilet paper sheets.
References: see pdf file.

Cite as: Alberto Donzelli, Giulia Giudicattti (2020). Educate on how to close the toilet knob taps, or replace them. E&P Repository https://repo.epiprev.it/1702

Educate on how to close the toilet knob taps, or replace them 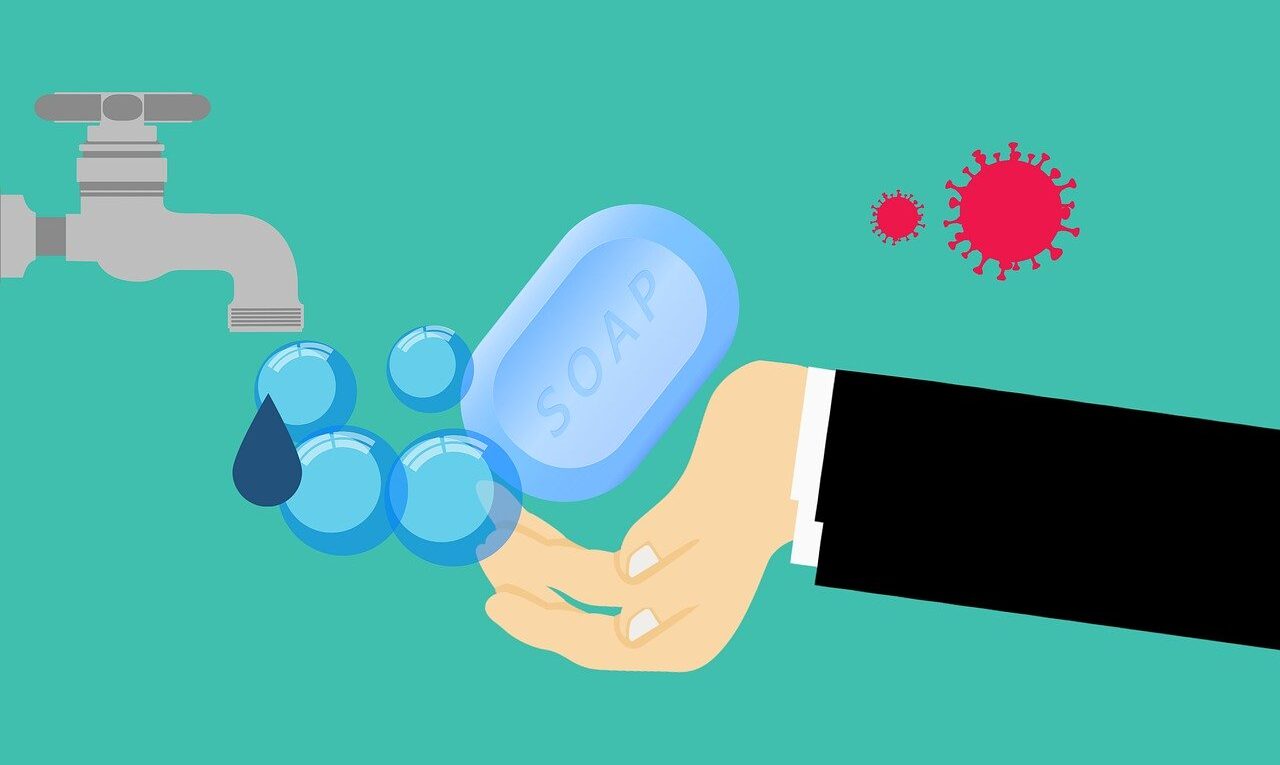